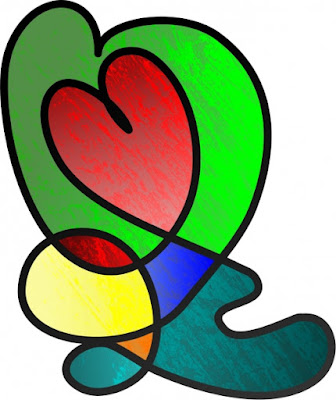 We found Sos, lounging in languid self-oblivion at Dewey Beach, his Janus-faced jindo dogs on either side of him. The waves were lapping, as low tide was ebbing away from his encampment. Somewhere the paint was peeling and the light bulbs were burning out, while he watched the dune grass grow…

We took the opportunity to interrogate him on an issue that had baffled us. Sos not only had the answer to our question, he pulled out a wrinkled page he had written and read us his response! (Obviously he had anticipated this concern of ours.)

Q: What is that “slurping” noise mentioned throughout 23 Skiddoo and what does it mean?

A: That “slurping” noise, like the results from the saliva tests that were conducted after the grisly murders, is never really explained to the reader. “Slurping” is also used to describe how Ragt and K-Ragt devour their prey. (pgs. 415, 451-452)

The sound itself is produced by the action of sucking excess saliva or other liquid in combination with air. Thus, in the book, “slurping” is related to “labored breathing” (p.67) or “heavy breathing” (p.296). In these two instances the sound emanates from behind a door, viz., when Sos is dealing with the bellboy Quint at his hotel in Providence, and before Vatina admits her financial adviser, Gerd, into her fortified home in Rhine.

Besides creating images, i.e., “sights” for the reader, the author seeks by his writing to titillate the auditory senses by conjuring up sounds. (Why not smells and tastes and tactile sensations too, to engage and enrapture the reader’s total sensorium?)

Consciousness theorist Jean Gebser associates Magic Consciousness with its “organ emphasis”: the viscera and listening ear. (By “viscera” we mean the internal organs in the main cavities of the body, especially those in the abdomen, e.g., the intestines.) In its efficient and deficient forms, the Magic manifests, respectively, as “spell-casting” and “witchcraft.” And so we might imagine “spooky” sounds entering the auditory canal and reverberating within and throughout the whole of our organic being—not an unknown phenomenon to “viscerally feel,” e.g., the loud crash of a motor vehicle or some other frightfully shocking noise. (Or, as in the case of this “slurping” sound, it is its unexpectedness and the puzzlement as to its origin that bedevils the listener; the viscera are slightly frozen and tingly, while one listens intently, giving rapt attention to the source and its possible meaning.)

We sometimes hear things that cannot be definitively traced to a source. This nurtures a sense of magic all the more, as befuddlement trumps our rational ability to figure out and explain something our senses tell us is there none-the-less. Such phenomena can instill fear—fear of the unknown—and this, in turn, might pry open our souls, our consciousness, our life force, enough for a malevolent force to gain entry; at least this is a premise to be found in 23 Skiddoo.

One can think of “slurping” and “hissing” (p.79) as attributes of reptiles. The Rg are referred to, either directly or obliquely, as “reptilian,” and the epithet is often used to imply a relationship to the corrupt state leviathan or to something otherwise demonic. With regard to our cross-breed abominations, this begs the question, “Just how reptilian (Rg) are these Rg/At combos?” Given their propensity to “slurp” I believe the answer is that, at least with respect to this attribute, the Rg gene is dominant during its formative, developmental stages.

And so, what of the “slurp”? Like the unknown results of the saliva tests, it is left up to the readers’ imaginations to make sense of this auditory phantom—to piece together the science that might explain the phenomenon. And if science fails us, then perhaps there are tools of science as yet undiscovered to help us make sense of “reality.” I would venture to say that this slurping noise might represent the gathering of negative energies that build like a swarm-cloud of negative ions before a diabolical act is actually committed. At least there’s one speculation.

Now, how about making a run to the nearest 7-11 to fetch me a Slurpee? It’s hot out here!

And we agreed, as payment in-kind, to run that weird errand, leaving the sub-genius in the complete oblivion of the “slack” that enveloped and bathed him in its multi-layered calm, staving off the erratic, electro-magnetic energy fields that sought to sap his optimism and impose its false consciousness upon him.

1 Official Website of The Church of the SubGenius,™ Maintained by The SubGenius™ Foundation, Inc. in the name of J.R. “Bob” Dobbs–High Epopt & Living Slack Master. (n.d.). http://www.subgenius.com
Posted by Sos at 8:02 AM