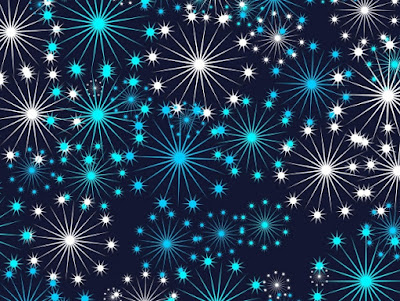 Q: There are certain recurring things, phrases, qualities and names in your book, 23 Skiddoo. For example, fish metaphors abound (“herring” pops up a few times); reference is repeatedly made to “fresh, line-dried sheets” and to Hemingway’s borrowed title, “the sun also rises”; there are a few different people named “Q” and a few also named “N”; and what of the recurring colors: blue, purple and magenta—what’s going on here?

A: I don’t know. I guess I’m just partial to all of the above. But I’m sure some literary dweeb can come up with compelling and intriguing reasons via metaphor and symbol, explicated in terms of their context (with perhaps an occult overlay). Asking me this question is like asking an artist to “explain” his or her painting. That’s not my job. Oh, I could throw a few clues out—a few “red herrings”—but I won’t. I’ll only say that there are various levels to my book and that using these repetitive devices is one way to signal just that to the reader. Of course, an adroit reader might pick up on these intuitively, or just catch the “drift.” And there’s nothing wrong with drifting along with the tide, like a jellyfish with no bone in its jelly back, right?

Q: We’ve noticed there are “sexy young girls” popping up here and there in your book, e.g., as a meeter-and-greeter at Provincetown Airport (p.37); as a decoy, a harbinger of danger (p.113); as an alluring nymph, tempting you to go for a swim (p.286)—what’s with the “young girls”?

A: Uh, who doesn’t love young girls? Jeezus, the world would be awfully dull without young, sexy girls—unless of course you’re a gay boy. Are you gay?

A: Well, if you ask such a question—it’s like when that woman asked Louie Armstrong, “Mr. Armstrong, just what is the blues?”—and he replied, “Lady, if you have to ask you’ll never know.” What’s with all the young girls? What would life be like without young girls? It would be an arid, boring, horrid place, that’s what.

There’s a story about Ibn al Arabi circumambulating the Kaaba when, all of a sudden, he came upon a fair young maiden and he found God in that young girl's face. Why, that lithe, pheromone-infused loveliness that a fair maiden brings to life is the essence of creation, young fellah. Do I have to spell it out for ya? And it’s not a matter of being a lecherous old fool—quite the opposite, in fact. Recognizing the insouciant beauty of the feminine, the utter “flooring” it causes to the male of our species, is, without a doubt, something every real man appreciates—a universal solvent for degreasing our ratio-centered brains, an archetype beyond the mind of reason. And women like to be admired, acknowledged, appreciated. I’m not talking “lust” here, as in the deadly sin. I’m talking about the red hot thunderbolt of eros, an unadulterated love and affection that overwhelms. My God—I can fall in love multiple times each day should I happen upon young girls during the course of going about my everyday business—I mean the kind of young girls who entrance with the enchanting purity of their beauty.

So if I put a few young girls in 23 Skiddoo it’s only natural that they inhabit the scenery, doing what they do best: making the world much more interesting, alluring and lovely—and sometimes—more dangerous! But there is a negative aspect to be wary of: in these degenerate days, a man can be conditioned to sexualize all females so that each “sexy young thing” becomes an object of fantasy; the dirty desire to abuse, e.g., fantasize by mentally undressing them, can become a bad habit and a hard habit to break. It is a vice that I think is prevalent now in Western society. It demeans the man as much as it demeans the woman. And there is sometimes a thin line between being a “dirty man” and being an admiring connoisseur and ardent devotee of femininity. This has to be said. When honor, chivalry, and the noble arts in general have been so deracinated by a mongrelized, Post-Modernist culture, then all need to be on guard against the devastation and havoc wreaked on society. But just because we are now shamefully entrained to admire transsexuals and homosexuals, gender-bending beta-males and crass, classless femi-boobs, does not do away with the enduring admiration for eternal notions of traditional female beauty. “Non merci!” (as Gerard Depardieu cries out as Cyrano De Bergerac.)

Q: Tell us about this Dystopiex device and how you conceived it.

A: Ah, Dystopiex...this device is at the heart of my book, really. The name translates as “getting rid of our dystopia” (a “dystopia” being a utopia gone dreadfully wrong—as in this cultural Marxist hell that has come to replace traditional society). In a literal sense, these devices are the “thought bombs” referred to in describing or categorizing 23 Skiddoo as a “thought bomb sci-fi thriller.” And of course Dystopiex acts as a conspiratorial cleanser that—who knows?—might be a future viable invention to rid us of the harmful mental effects of those meddlesome electromagnetic frequencies (EFs) that pollute our current environment. We live in an atmosphere that is permeated with these invisible microwaves from innumerable sources. If you’ve ever seen Resonance: Beings of Frequency, then you get a real sense for how saturated the air actually is with these toxic, EF waves. It’s quite shocking, really.

I don’t recall how the idea came to me. Maybe it was implanted in my mind by an ET—maybe it was already floating around in the noosphere and my mind just latched onto it. Shucks! Who knows? But it fits the bill nicely, don’t you think? Imagine being put in charge of a factory that produces these Dystopiex devices—it is a dream come true for any creative loafing slackmaster “dot-connector.” There’s no doubt about that.

It’s horrendous thinking about the immense mind control wielded by today’s media propagandists. Thanks to those ubiquitous hi-tech gadgets, they have managed to insinuate themselves and their lies into every nook and cranny of our lives. It began innocently enough with radio, intensified with TV, and now chipped gadgetry rules people’s lives. I think I’ve read studies that there is some sort of harmful, conditioning something-or-other coming from all this stuff. So introducing Dystopiex sure seems like a good idea, doesn’t it? I thought so. Still, notice one thing: these devices do not eliminate these EF waves from our environment; they only ameliorate some of their damaging effects. And so Dystopiex is a lot like allopathic medicine—it doesn’t exactly cure anything, just ameliorates symptoms.
Posted by Sos at 6:20 AM