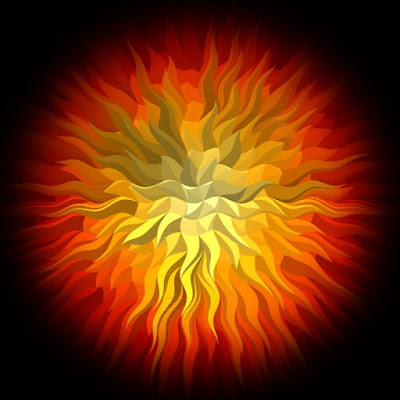 If you please, a word on the creatures spawned by Project Lobster, the ET interspecies cross-breeding project in 23 Skiddoo:

The At and the Rg are the ET races quietly working among us on planet Earth. They are here pursuant to a “deep state” memo of understanding whose legal authority derives from an interstellar Compact between “us’ and “them.”

But Project Lobster is only semi-legal; it has come about largely through the efforts of renegade factions from each race. Selectees were seduced, in turn, by a renegade faction within Ultra, the cryptocracy’s ruthless ET intelligence and control agency. Ultra, however, is most active in the Western Hemisphere.

A whole other black ops system is in place in the East, namely in North Korea. And readers of 23 Skiddoo do not find out until they are well along in the book that North Korea has developed its own parallel “Project Lobster.” The abomination of their unholy union goes by the name “K-Ragt.” Obviously, the “K” stands for “Korean.” But it also imparts a discount chain sensibility that is easily associated with big box store “K-Mart” (similar to the Korean-American chain of food stores dubbed “H-Mart”). “K-Ragt” implies a cheap, knock-off of Ragt. There is reason to believe that this is the case because readers discover that the North Koreans have a mole ensconced in Project Lobster. Readers can assume that the North Korean project has gained the momentum it has due in large part because of information fed back to its mother country by this mole.

In any event, the creatures, Ragt and K-Ragt, have come into our world not by their own initiative but by the scientific know-how of these deep state projects. They are thus innocents, albeit highly intelligent and dangerous innocents. They are described on page 422 as being an endangered species—and they are! There are only two creatures like them in the entire universe and they are being closely scrutinized. Their continued existence is tenuous at best. Their seeming loss of innocence occurs when they start on their “killing sprees.” But who can fault them? They are intelligent cross-bred ETs who have been subjected to degrading conditions, and their drive for self-preservation is only natural.

Soon they are considered for termination and targeted for extinction. And so, these body-and-soul-slurping ethero-carnivores begin to take evasive action. As they mature they start to shed their predatory instincts and begin to develop “higher selves.” But alas, it is too late for them—or is it? On the physical plane, they perish; but on an etheric level they survive. Their spirits—consciousness or life force—escape the planet.

The two set their sights on the stars. There were so many choices! Their favored plan was to search out and settle on a planet whose nascent organic life consisted only of the elemental prokaryotes. Here they would park their etheric bodies. Here they would reign. This would be their world from the ground up. These simple slime would organize themselves, slowly but surely, through eons of time. The primal life would adapt to the contours of their Ragt-like selves—the templates, the basin attractors of a cosmic auto-genesis that is the source of all life, all development, all creation.

They soon went on their way, leaving the Earth to its own confusion and immorality, its false reality, its evil, its petty squabbles, its anti-life impulses. It surely was no place they wanted to call “home,” not when there were so many better alternatives. For them, it was Arrivederci Roma!—now and forever more. And they transited inter-dimensionally, through their customary wormhole, leaving memories of themselves way back behind them, memories that would soon morph into a myth-like legacy—not unlike that of the fabled dragon of yore. (p. 456-457)

And suddenly the monsters are not these hideous creatures anymore—the monsters are us humans (and our ET allies). Suddenly we see our own world, once-upon-a-time begotten by similar creatures, having done whatever was necessary to survive and to regenerate the species, even if that means despoiling the ecosphere of the planet in a million different ways. Suddenly readers might feel some empathy for these “abominations.” They may see their ancient roots in these creatures—a facsimile of their primordial selves are perhaps staring them in the face.

And as Ragt and K-Ragt settle-in to their new home on a planet far, far away from the boom, boom, boom of this place, they become progenitors of life; templates for how all life emerges, perhaps—roiling, heaving, surviving, only in a refuge wherein they can calm themselves in blissful thoughts of autogenesis. Maybe life works exactly this way; the incarnate involution of creation tries and tries and tries again to get it right, even though such self-initiated experiments give rise to a jumbled chaos of all sorts of possible permutations, the “human” one being only one in a long string of horrendously beautiful outcomes.

Finally we come to the subversive crossroads: If we detect a metaphor in the tale of Ragt and K-Ragt, then we might ask ourselves—how many other “outsiders” in our world are “targeted for extinction”? And just how might the souls, the consciousness, the life force of such tenacious, cultural mutant outsiders continue on, in spite of the odds against them? Considering the odyssey of our anti-heroes, the reader is certainly left in a “strangely ponderous state.”
Posted by Sos at 5:32 AM